What is a Colonoscopy?

A colonoscopy is a procedure which enables the doctor to have a thorough look at the lining of your large bowel. This procedure is performed following extensive preparation of your bowel. The instrument used is a thin flexible tube containing fibre optic filaments which transfer the image from the tip of the instrument to the video screen. You are given a neurolept anaesthetic (heavy sedation) and NOT a general anaesthetic used for surgery such as an appendectomy. The tube is inserted in the rectum and is gently manoeuvred around the large bowel to the junction of the small intestine. The instrument (a colonoscope) has the ability to blow air into your bowel and remove excess fluid, as well as being able to pass smaller instruments used to take small pieces of tissue for testing or to remove any polyps found. Following completion of your test (between 15-45 minutes) you are taken to the recovery area and may sleep for 15-30 minutes. The nursing staff will then sit you in a chair while you enjoy a light snack until they feel your co-ordination is suitable for discharge home.

Why is Colonoscopy necessary?

Colonoscopy is a valuable tool for the diagnosis and treatment of many diseases of the large bowel. Abnormalities suspected by x-rays are negative, the cause of symptoms such as rectal bleeding or change in bowel habit may be found by colonoscopy. It is useful for the diagnosis and follow-up of patients with inflammatory bowel disease as well. Colonoscopy’s greatest impact is probably in its contribution to the control of colon cancer by polyp removal. Before colonoscopy became available major abdominal surgery was the only way to remove colonic polyps to determine if they were benign or malignant. Now, most polyps can be removed easily and safely without surgery. Periodic colonoscopy is a valuable tool for follow-up which is well tolerated. The decision to perform this procedure was based upon your referring Doctor’s assessment of your individual problem.

What are the risks of Colonoscopy?

Colonoscopy is a low risk and safe procedure when performed by a trained and experienced Endoscopist. Minor bleeding may occur after a biopsy or removal of a polyp. Some abdominal distension from air trapped in the bowel may occur but is usually passed naturally. You should feel well, though tired on the day of the procedure. There should be no adverse feeling the following day. rarely damage to the bowel wall occurs and this could require urgent surgical repair (an operation). Serious complications from the anaesthetic are very uncommon.

What is a Polyp?

During the course of the examination polyps may be found. Polyps are abnormal growths of tissue on the bowel wall which vary in size. In most cases polyps can be removed at the time of the colonoscopy. Polyps are usually removed because they may cause bleeding or can become a cancer. Although the majority of polyps are benign (not cancerous), a small percentage may contain an area of cancer or develop into cancer if not removed. Removal of polyps is an important means in the prevention and cure of bowel cancer. Most patients have little or no recollection of discussions in the procedure room following sedation, therefore it is important to understand polypectomy and the risks involved prior to the procedure, should this treatment be required. Removal of a polyp involves passing a snare wire through the colonoscope and over the polyp and then cutting through the stem using an electrical current. You should not experience any pain during the removal. The risks involved are rare and far less risky than an operation or leaving the polyp to perhaps form a cancer. These risks range from continued severe bleeding to perforating the colon. In most cases this is apparent at the time of the procedure and can require surgical repair. The doctor performing your procedure is very experienced and has performed thousands of these procedures. Should a polyp be removed, this will be sent to a pathologist where possible (sometimes polyps may be too small or unable to be retrieved from the colon) for examination. The results of the pathology are usually available 3-4 days after the test and a copy will be sent to your referring Doctor. The doctor referring you for colonoscopy will be notified regarding the expected interval before having a follow-up procedure to check that no further polyps have grown.

For a successful colonoscopy, it is important that the bowel be thoroughly cleansed so that the lining is clearly seen. Poor preparation may result in the doctor being unable to examine the bowel properly.

The sedatives used for this procedure will mean that you are legally under the influence of a mind altering drug until the next day. You must have someone drive you home after your procedure. You must have someone stay with you overnight following your procedure. Patients should not drive, operate machinery, drink alcohol or make any important decisions within the first 24 hours after anaesthesia. You should not return to work until the following day. 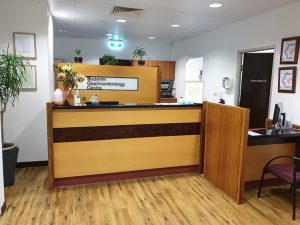 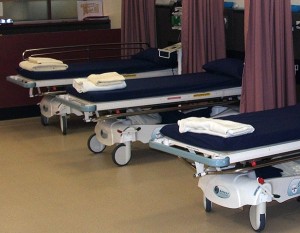